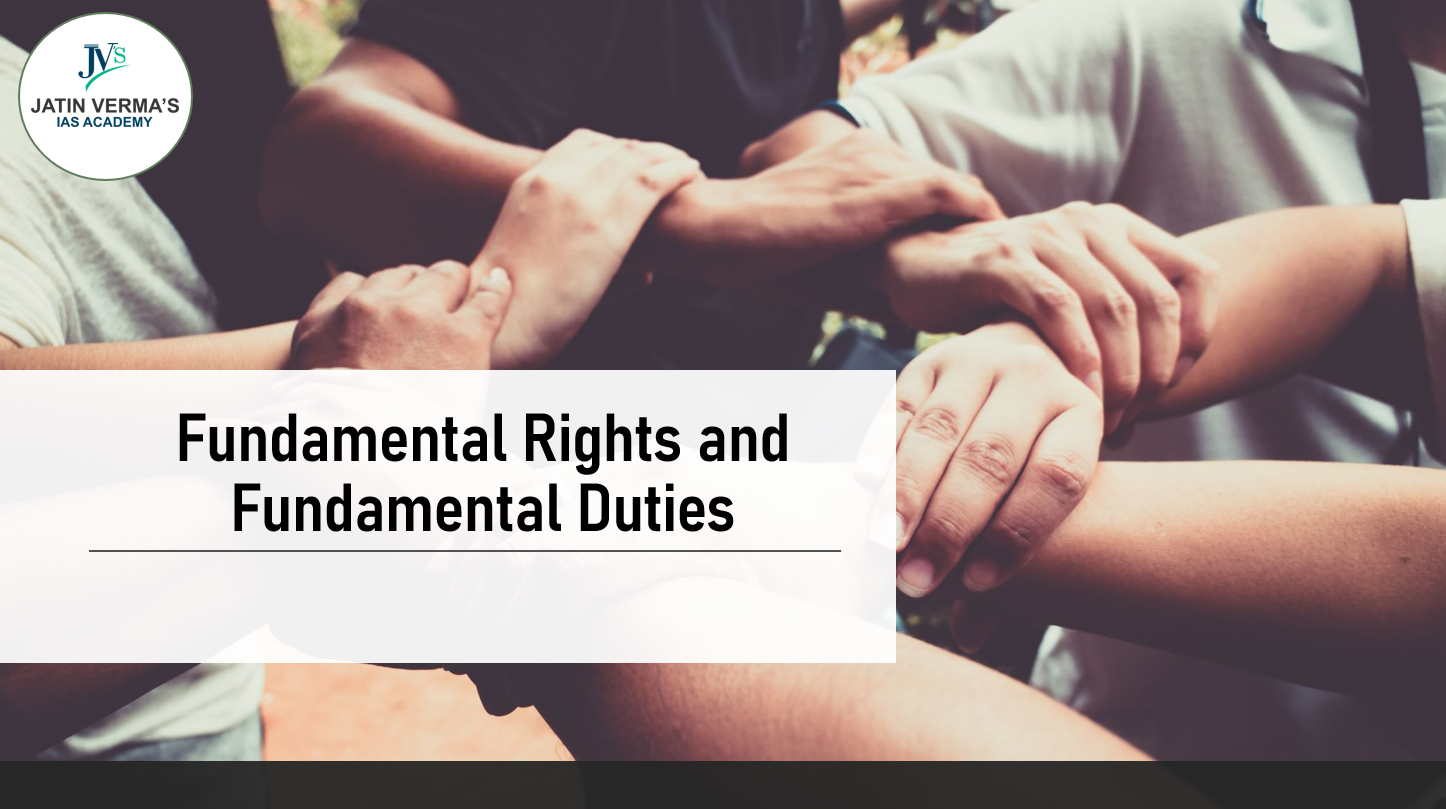 After going through the Fundamental Rights, you must have observed and realized that in return for every right, society expects the citizens to do certain things that are collectively known as duties. Some such important duties have been incorporated in the Indian Constitution also. The original Constitution enforced on 26th January 1950 did not mention anything about the duties of the citizen. It was expected that the citizens of free India would perform their duties willingly. But things didn't go as expected. Therefore, ten Fundamental Duties were added in Part-IV of the Constitution under Article 51-A in the year 1976 through the 42nd Constitutional Amendment. However, whereas Fundamental Rights are justiciable, the Fundamental Duties are non-justiciable. It means that the violation of fundamental duties, i.e. the non-performance of these duties by citizens is not punishable. The following ten duties have been listed in the Constitution of India:

1. to abide by the Constitution and respect its ideals and institutions, the National Flag, National Anthem;

2. to cherish and follow the noble ideals which inspired our national struggle for freedom;

3. to uphold and protect the sovereignty, unity, and integrity of India;

4. to defend the country and render national service when called upon to do;

5. to promote harmony and the spirit of common brotherhood amongst all the people of India and to renounce practices derogatory to the dignity of women;

6. to value and preserve the rich heritage of our composite culture;

7. to protect and improve the natural environments including forests, lakes, rivers, and wildlife;

8. to develop the scientific temper, humanism and the spirit of inquiry and reform;

9. to safeguard public property and not to use violence; and

10. to serve towards excellence in all spheres of individual and collective activity.

Besides, a new duty has been added after the passage of the Right to Education Act, 2009. “A parent or guardian has to provide opportunities for the education of his child/ward between the age of six and fourteen years.

These duties are in the nature of a code of conduct. Since they are nonjusticiable, there is no legal sanction behind them. As you will find, a few of these duties are vague. For example, a common citizen may not understand what is meant by ‘composite culture’, ‘rich heritage’ ‘humanism’, or ‘excellence in all spheres of individual and collective activities’. They will realize the importance of these duties only when these terms are simplified. Demand has been made from time to time to revise the present list, simplify their language and make them more realistic and meaningful and add some urgently required more realistic duties. As far as possible, they should be made justiciable.