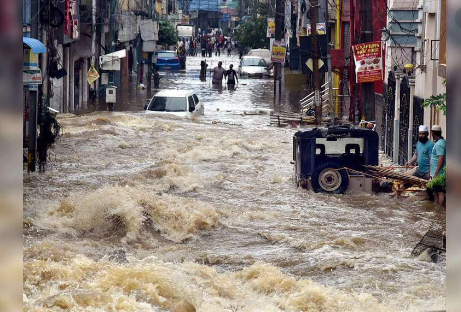 Context: A deep monsoon depression over the west-central Bay of Bengal resulted in downpours, severely affecting the city of Hyderabad as well.

The inadequate response towards disaster management

According to estimates, more people will live in urban centres in India compared to the rural ones by 2050. It’s imperative that while planning for houses, roads, hospitals and other infrastructure, policymakers respect an area’s hydrology.