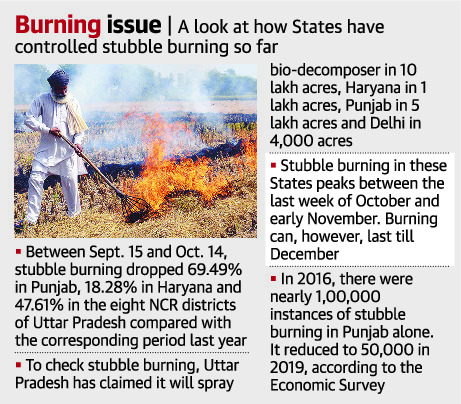 Context: According to a report by the Commission for Air Quality Management (CAQM), there is a 70% reduction so far in instances of stubble burning in Punjab and 18% in Haryana from last year.

Key Highlights of the report of the CAQM

Why do farmers opt for stubble burning?