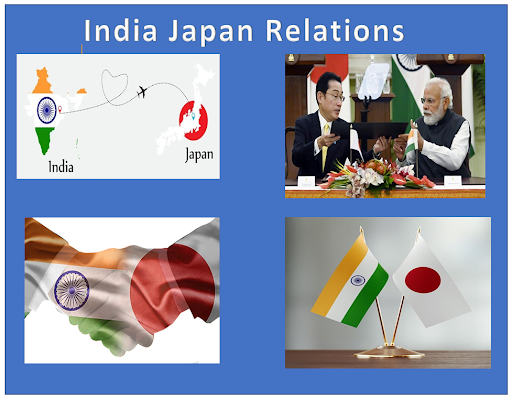 Next in line was QUAD Summit in the same month of May 2022, Prime Minister Narendra Modi had his official visit to Japan for the 4th QUAD leaders summit in Tokyo.

Other developments alongside the QUAD Tokyo:

An opportune time for India-Japan relations

Key Highlights of the Summit:

Way Forward : Incremental engagements and cooperation can benefit both the countries. Japan’s ageing economy can be sustained by India’s young demography. At a time of global geopolitical flux, the two are among the important countries that have taken up the cane to champion freedom, transnational morals and rules, inclusivity, and free and fair trade. Still, their strategic cooperation could potentially be a game- changer in Asia, If Japan and India continue to add concrete security content to their relationship. The emphasis on boosting trade and investment must be balanced with lesser strategic collaboration.