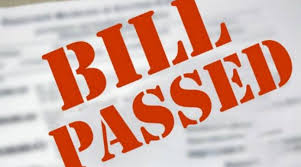 Need for an amendment to the EC Act: