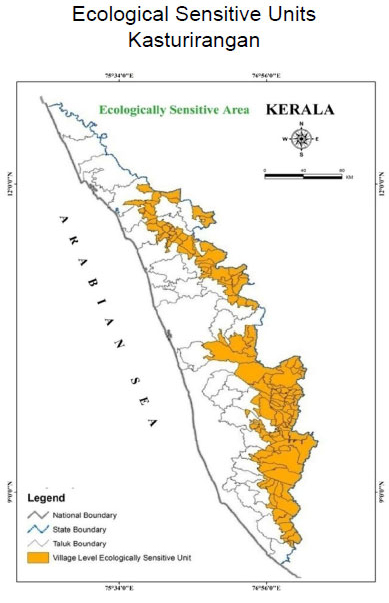 Western Ghats(WGs) and their Importance:

Significance of Wetern Ghats declared as an ESA: Thus, the demarcation of an ESA is an effort to protect the fragile ecosystem from indiscriminate industrialisation, mining and unregulated development. Gadgil and Kasturirangan committees were appointed to identify the areas that needed to be kept out from such activities.

To balance the two concerns of development and environment protection, Kasturirangan committee was constituted to reexamine the recommendations of Gadgil commission.

Image Source: Down To Earth