Dehing Patkai wildlife sanctuary to be upgraded to national park

Dehing Patkai wildlife sanctuary to be upgraded to national park 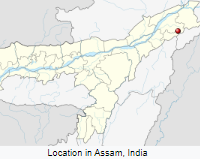 Procedure to designate a Wildlife sanctuary into a National park:

According to the Wildlife Protection Act, between the draft proposal and final notification, the time for public hearings, listening to stakeholders, neighbouring villages, considering their queries, and making settlements etc, will be required.