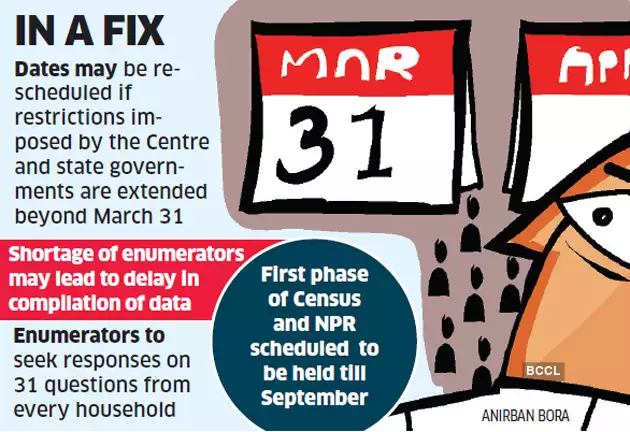 Context: The nationwide lockdown due to the Coronavirus crisis has led to postponing of key government data gathering exercises.

Postponement of the Census: Due to the outbreak of COVID-19 pandemic, the first phase of Census 2021 and updating of NPR, various related field activities have been postponed.

2011-12 DATA AVAILABLE WITH THE GOVERNMENT: The govt. has the 2011 Census, NSSO’s Employment and Unemployment Survey (EUS), and the Rural Development Ministry’s Socio Economic and Caste Census (SECC).

CONCERNS DUE TO DELAY IN DATA: There is a considerable time lag before the release of the next HCE survey, Census and SECC findings. It means the govt. has  very few recent sources of primary survey data for enabling informed policymaking.

The year 2020-21 is not a normal year. Due to Coronavirus pandemic and subsequent nationwide lockdown, normal consumer data and other parameters are affected. So there will be a need for a new set of data of a normal year once the pandemic is over which may be a long wait.