Crude is cheaper, but petrol isn’t

Crude is cheaper, but petrol isn’t 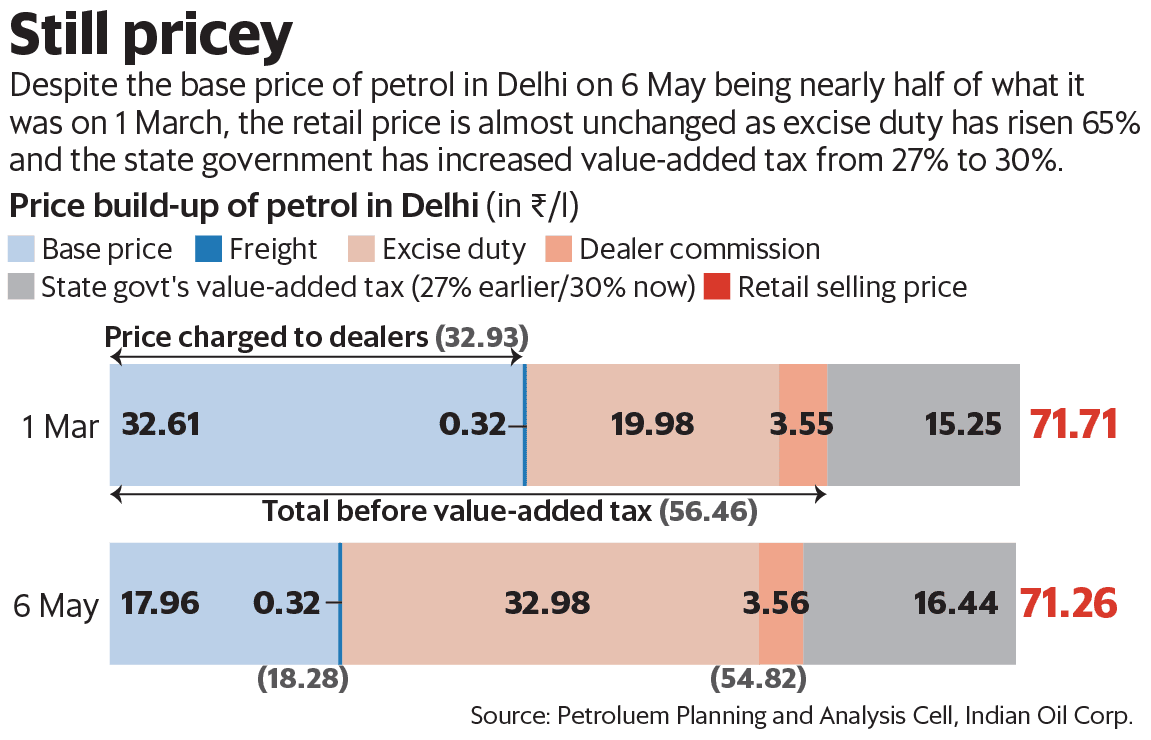 Context: The price of Indian basket of crude more than halved but it hasn’t translated to prices of petrol per se.

Reason behind Petrol prices being steady