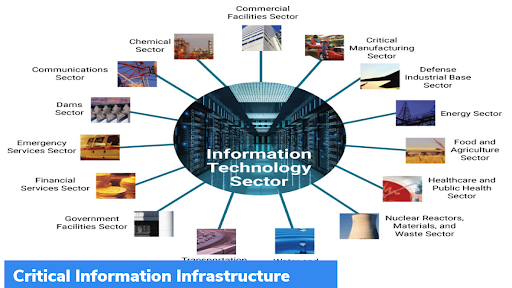 What is a critical information infrastructure?

Why do you need CII classification and protection?

Example: Wave of denial of service attacks in Estonia: In 2007, a wave of denial of service attacks allegedly from Russian IP addresses attacked major Estonian banks, government agencies (ministries, parliaments), and the media. This was a cyberattack like never before in the world. For almost three weeks, the attack caused havoc in one of the most connected countries in the world. A denial of service (DoS) attack is an attack that aims to shut down a computer or network so that it cannot be accessed by the intended user. DoS attacks do this by flooding the target with traffic or sending  information that triggers a crash to the target.

In October 2020, when India was fighting a pandemic, power to Mumbai suddenly collapsed, damaging hospitals, trains and businesses. Later, according to a study by a US company, it was revealed that the power outage could be a cyberattack by a related group in China targeting critical infrastructure. Though the government rejected any such theory, the incident emphasised the possibility that hostile states and non-state actors would breach important systems in other countries, so there is a need to strengthen such assets.

How is CII protected in India?