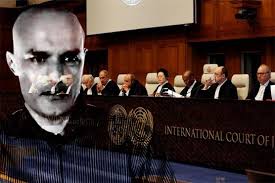 Context: Pakistan has denied India second consular access to former Navy commander Kulbhushan Jadhav who has been sentenced to death by a Pakistan military court on the basis of extracted confession of "espionage and terrorism". Following the first consular access on September 2, India had said that Jadhav seemed to be under "extreme pressure to parrot a false narrative".

Arguments by India at ICJ

What did the ICJ decide?

Why was Mr. Jadhav not set free?

What were the Pakistan’s conditions for granting consular access?

What was the Indian response?

What are the International norms regarding this case?

What if Pakistan refuses to follow International Court of Justice order?