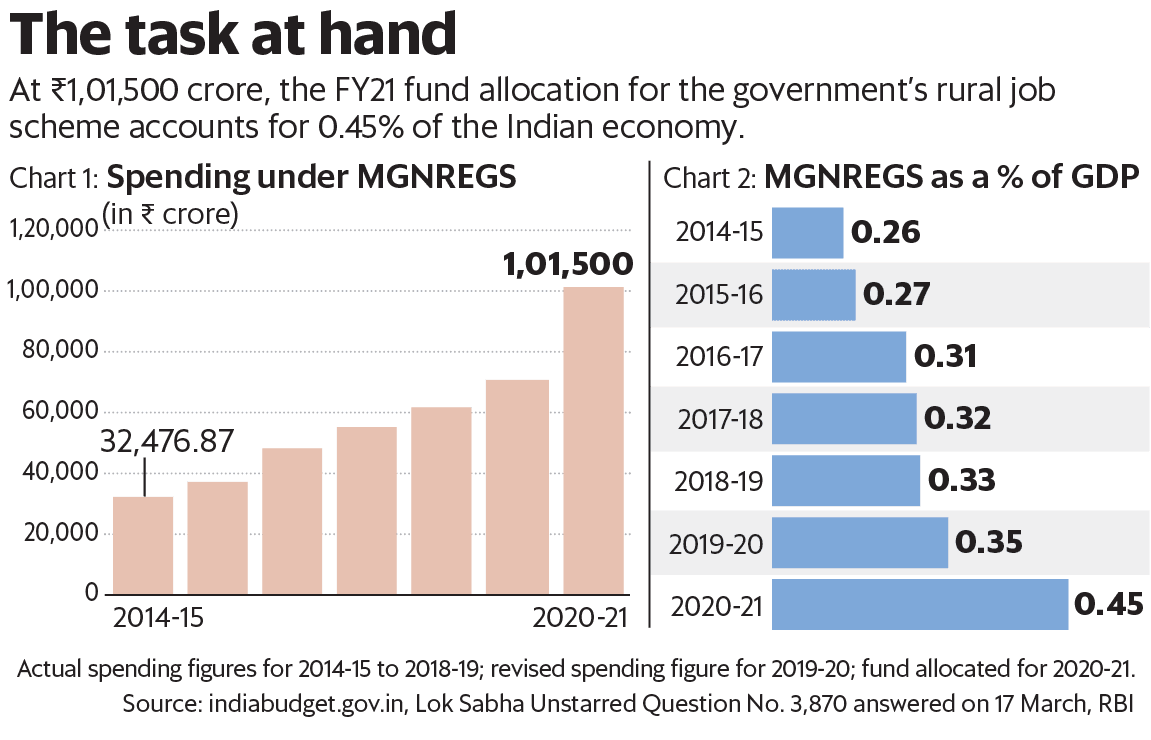 Context: In 2020-21, the central government plans to spend an unprecedented amount of funds on the Mahatma Gandhi National Rural Employment Guarantee Scheme (MGNREGS) with increased allocation by ₹40,000 crore to push it over ₹1 trillion.