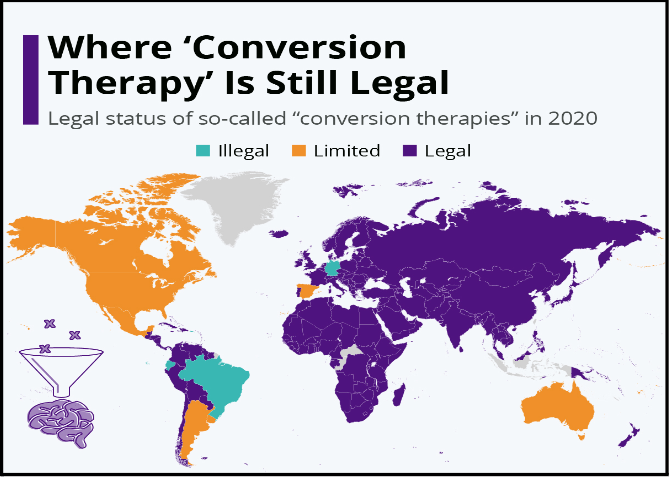 As per the letter, NMC followed a Madras High Court declaration to give an official report detailing conversion therapy as faulty, under the Indian Medical Council (Professional Conduct, Etiquettes and Ethics) Regulations, 2002.

Role of Madras High Court and its significance

It's challenging to understand precisely how overall the practice is. There is no formal legal definition and victims may be hesitant to share their incidents. There is no sound scientific evidence that innate sexual orientation could be changed. Furthermore, the conversion therapy can create a setting in which social prejudice and discrimination could flourish and potential harmul for harmony in society.