Consolidation of land holdings has been uneven across states

Consolidation of land holdings has been uneven across states 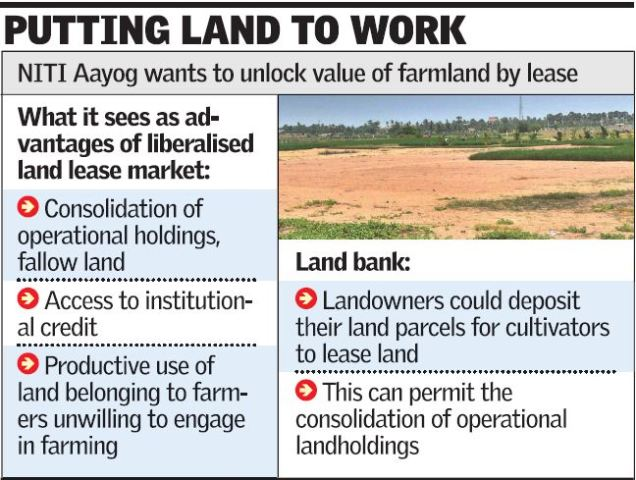 Context: Rural debt waivers, farmers’ agitations, farmers’ suicides, migration and reverse migration in the wake of COVID-19 are some of its manifestations of the issues of fragmented and uneven distribution of landholdings.

Background: Because India has a densely populated agrarian economy, almost all other developmental initiatives also involved land as a central and a complex issue, as it clearly represented social status and not just the means of production. So land reforms were carried out by the government immediately after independence.

Land Consolidation as Land Reform: In India and several other countries, consolidation indeed constituted a reform because

Progress made in land consolidation in India:

It is for these reasons also that investment is stagnating in the rural areas in states where it is most needed, like Bihar. In the last 15 years, there has not been much serious discussion about land, other than land acquisition and computerisation of land records.

Given its benefit in terms of enabling more investment, reducing litigation, facilitating the setting up of new institutions and enterprises, the country must make this an important part of development and factor reforms agenda.