About Conservation Plan For Konark Temple

After a two-day conference of expert Union, Culture Minister said, a plan to restore and preserve the nearly 800-year-old Konark Sun Temple in Odisha would be drawn up soon.

The need for restoration:

The Kaḷinga architectural style is a style of Hindu architecture that flourished in the ancient Kalinga previously known as Utkal and part of the kingdom of Magadha or present eastern Indian state of Odisha. 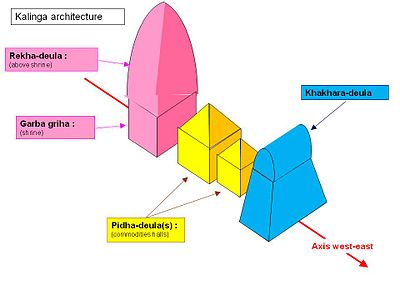 The style consists of three distinct types of temples:

The former two are associated with Vishnu, Surya, and Shiva temples while the third is mainly with Chamunda and Durga temples. The Rekha Deula and Khakhara Deula house the sanctum sanctorum while the Pidha Deula constitutes outer dancing and offering halls.

Temple At The Disputed Site | Mosque Within Ayodhya, Rules SC