Comparing Indian and Chinese economy: What changed in 30 years 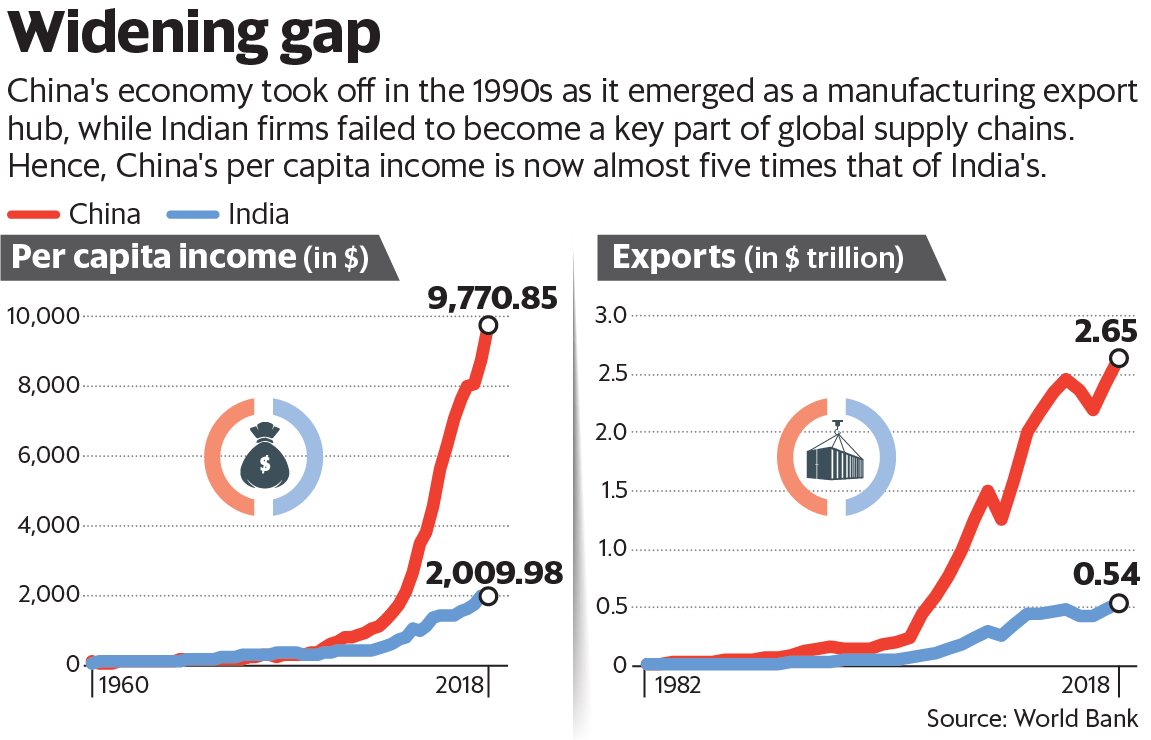 Context: According to the World Bank data, India’s per capita income is about a fifth of China’s as of 2019.