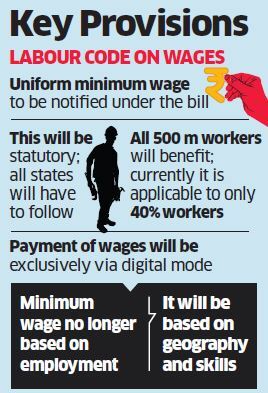 Salient features of Code on Wages, 2019:

Considering the extent of economic distress in the country, concerns of labour must be placed at the centre of such policy initiatives.
Image source: Economic Times