Arsenicum album 30: As a preventive against Covid 19 ?

Arsenicum album 30: As a preventive against Covid 19 ? 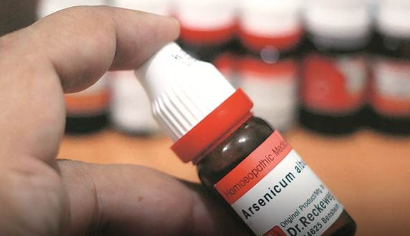 Context: A homoeopathic drug, Arsenicum album 30, has become a subject of debate after several states recommended it for prophylactic (preventive) use against Covid-19.

Is it ethical to offer an unproven drug?

According to the Ministry, during the 2014 Ebola outbreak, an expert committee in the World Health Organization (WHO) recommended “it is ethical to offer unproven interventions with unknown efficacy and adverse effects, as potential treatment on prevention keeping in view no vaccine or antivirals were available.