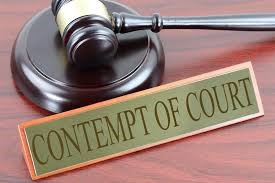 What is Contempt of Court?

What are the kinds of contempt of court?

The law codifying contempt classifies it as civil and criminal.

Is truth a defence against a contempt charge?