98.6°F vs new normal: why is body temperature declining over time?

98.6°F vs new normal: why is body temperature declining over time? 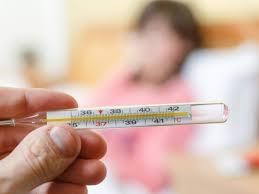 For several years now, doctors and researchers have known that 98.6°F is not really the gold-standard “normal” body temperature it was once considered to be. Studies in the US and Europe have found average body temperatures declining over time. But does this trend also hold good outside of high-income countries?

Indeed, body temperatures have declined in an indigenous rural population in Bolivia, a 16-year study has fund. Published in Science Advances, the study also looks at possible reasons that may have caused this decline among people in general.

What is the case for and against taking 98.6°F as “normal” body temperature?

So, what does the new study add?

What could be the reasons for this?

So, what are the implications?