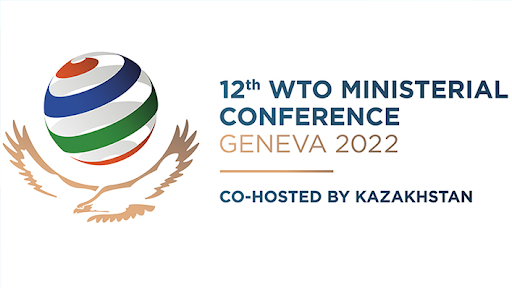 What are the main outcomes of the 12th WTO Ministerial Conference?

WTO reform: Members reaffirmed the WTO's basic principles  and committed to an open and comprehensive process to reform all its functions, from deliberations to negotiations and oversight. In particular, they promised to work towards having a fully functional dispute resolution system accessible to all members by 2024.

Agreement to reduce harmful fishing subsidies: It will limit "harmful" subsidies to illegal, unreported and unregulated fishing for the next four years in order to better protect the world's fish stocks.

Since 2001, Member States have been in talks to ban subsidies that encourage overfishing.  India and other developing countries were able to win some concessions under this agreement. They urged the abandonment of some of the subsidy-threatening proposals to support small-scale microfisheries. Small scale and traditional farmers do not face any restrictions under this agreement.

World Food Security Agreement: Members have approved a binding decision to exempt food purchased by the United Nations World Food Program (WFP) from export restrictions for humanitarian purposes. Faced with global food shortages and rising prices caused by the war between Ukraine and Russia, group members made a statement about the importance of trade for global food security and food exports and that they would avoid bans on food exports. However, countries will be allowed to limit their food supply to meet their domestic food security needs.

E-Commerce Transaction Contract: From 2017 to 2020, developing countries lost about $ 50 billion in potential tariff revenues by importing only 49 digital products. In 1998, when the Internet was still relatively new, WTO members first agreed not to charge for electronic transmission. Since then, the Moratorium has been  extended on a regular basis. However, all members agreed to extend the long-standing moratorium on tariffs on e-commerce transfers until the next Ministerial Meeting or  March 31, 2024,  whichever comes first.

Contract to manufacture "Covid-19" vaccine: WTO member states have agreed to temporarily waive the intellectual property patents of the Covid-19 vaccine for five years without the consent of the patentee to facilitate domestic production. "We will contribute to ongoing efforts to centralize and diversify vaccine production capabilities so that a crisis in one region does not lead to a crisis in another."

The current deal is a watered-down version of the original 2020 proposal  by India and South Africa, hoping for a broader intellectual property disclaimer for vaccines, treatments, and trials. Wealthy pharmaceutical companies  strongly oppose that intellectual property rights do not restrict access to the Covid vaccine and that lifting patent protection will send a negative message to researchers who are rapidly manufacturing life-saving vaccines. The tax exemption agreed by the WTO has been criticized by stakeholders as being too narrow because it does not cover all medical tools such as diagnosis and treatment. Overall, this agreement does not provide an effective and meaningful solution for improving people's access to the medicines they need during a pandemic. This is because we do not properly abandon the intellectual property of all significant Covid-19 medicines and do not apply to all countries.

What issues does India raise?

India is taking the initiative to propose reforms for developing countries (Developing Country Reform Paper “Strengthening the WTO to Promote Development and Inclusion”).

India presented a proactive proposal by criticizing the European Union and Brazil's proposals for both the process and its purpose. It opposed the open-ended exercise on WTO amendments.

E-commerce transaction: India has urged the WTO to review the moratorium extension on tariffs on e-commerce, including digitally traded goods and services. It argued that developing countries faced the brunt of the financial consequences of such a moratorium.

On food security: The WTO needs to renegotiate subsidy rules for government-sponsored grocery shopping programs aimed at feeding poor citizens in developing and poor countries. India wants assurances that its public stock-holding program, which buys exclusively from the nation’s farmers and has exported in the past, cannot be challenged at the WTO as illegal.